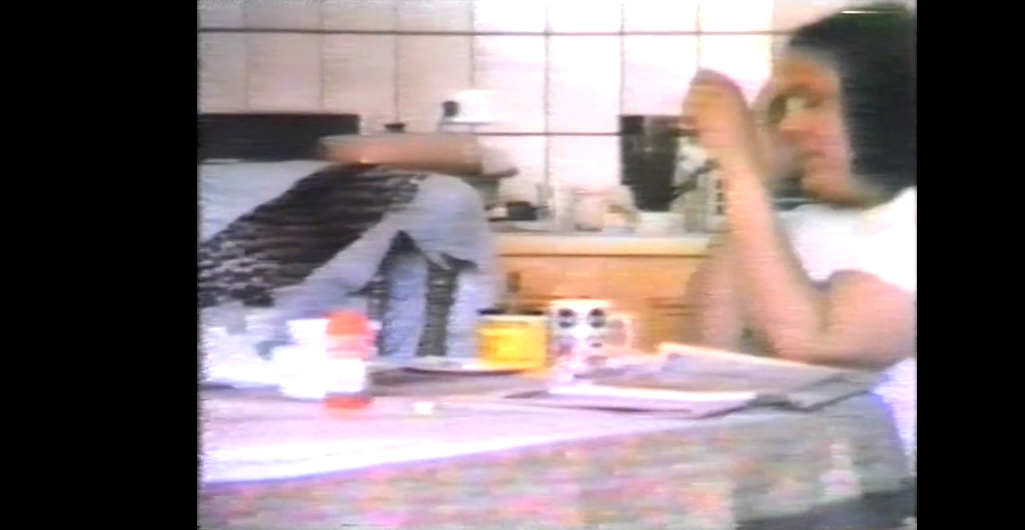 RISING and NGV co-present a preview of Destiny Deacon’s 1987 work 'Home Video' ahead of her 30-year retrospective exhibition at NGV Australia.

Destiny Deacon is one of Australia’s boldest and most acclaimed contemporary artists. This November, the National Gallery of Victoria (NGV) is holding the largest retrospective of her work to date, DESTINY, featuring more than 100 multi-disciplinary works made over a 30-year period. Before the exhibition opens, NGV and RISING are giving viewers a preview online of one of her seminal works, Home Video.

A descendant of the Kuku and Erub/Mer people from Far North Queensland and Torres Strait, Deacon is internationally known for a body of work depicting her darkly comic, idiosyncratic worldview.

Below you’ll find an excerpt from the book DESTINY: The Art of Destiny Deacon by the National Gallery of Victoria’s Curator of Indigenous Art, Myles Russell-Cook.

“The character of Delores repeats in a number of Destiny Deacon’s video works, including in her 1987 video collaboration with Lisa Bellear and Tommy Peterson, Home video. As always, Deacon’s performance is manic, intensely funny, and frankly nothing short of comic genius. Delores lacks empathy, and will do anything to avoid making life easier for her co-stars. She uses acerbic, high-energy dialogue to take the piss out of the negative stereotypes that persist about Aboriginal people. How? By becoming the most extreme version of one. In the same way Deacon uses dollies and photographs to reflect and parody the world around her, Delores (the character) exposes uncomfortable stereotypes about Aboriginal people, by presenting an extreme, narcissistic, outrageous and shameful version of herself.

In Home Video we see Delores with her son, played by twelve year old Tommy Peterson. The sketch starts with Tommy coming home from school hungry. Eventually Delores smacks Tommy for smoking, and Tommy is taken away and put in a hostel. Delores explains to her friend (played by Lisa Bellear), while down the pub: that “the Government took him away and put him in a hostel full of Abos, [what for?], cos they reckon I am not a good mother and that. They said I’m always in the pub and I’m not looking after him. But he loves the pub”. Eventually the story takes a somewhat Shakespearean turn, and Delores stabs her friend to death with a knife. Now on the run, she breaks into the hostel, reunites with Tommy, and together mother and son raid the safe and escape the city with plans to change their names and move to either Alice Springs or the Murray River.”

DESTINY opens to the public Tue 23 November at NGV Australia and runs until Mon 14 February, 2021. Entry is free, but registration is required for timed entry. Bookings open Mon 16 November

DESTINY DEACON'S WORK, HOME VIDEO, 1987, IN COLLABORATION WITH LISA BELLEAR AND TOMMY PETERSON, IS CO-PRESENTED ONLINE HERE BY RISING AND NGV. COURTESY OF THE ARTIST AND ROSLYN OXLEY9 GALLERY, SYDNEY